A few weeks ago I had a new and troublesome sensation in my lower lip, mostly near the left side. It was an intermittent but persistent quiver or twitch, like a Morse code operator sending a message by tapping quick electrical dots and dashes from within my lip. It was extremely annoying, and there seemed no way to stop it. I bit my lip, held my hand on it, sucked it between my teeth, twisted my mouth into odd shapes … nothing stopped it.

The quivering continued all day, and to various degrees for the next couple days. I looked closely in the mirror to see how ridiculous I looked to the world, but could not detect a visible quiver in my lip, despite the contortions I felt with each twitch. Naturally, I immediately suspected this was the first manifestation of a serious neurological condition and an early warning of imminent death.

To confirm this I went into research mode, googled it, and found a long list of possible causes including everything from a potassium deficiency (i.e., too few bananas) to the beginning signs of Parkinson’s disease. It was then I knew that, as I suspected, this was indeed the beginning of the end for me. I was going to die from a quivering lip.

This is but one recent example of many other quite different, but similarly threatening events in my life. The simplicity on the surface of these, combined with my invariable extreme and uncalled-for reaction, has led me to group such events under a common name: twitching lip syndrome (TLS), defined as follows:

Some time ago I awoke in bed one morning with a wooden arm. My entire left arm was dead. No pins and needles, no numbness, no sensation that it even existed. When I touched it with my right hand to see if it was there, it felt as if I were touching someone else’s arm and completely freaked me out. My brain was at a total loss for a way to process this phenomenon. I could not move my arm at all. I slapped at it, lifted and dropped it, and poked it to no avail. I knew I was going to die.

I could not move my arm at all. I slapped at it, lifted and dropped it, and poked it to no avail. I knew I was going to die.

I sat up, broke into a sweat, and started frantically rubbing the useless appendage. Little by little it came back to life, after what seemed like hours but were probably mere minutes. As I attempted to more calmly consider my current crisis, it was evident that the dead arm was symptomatic of heart problems. After all, it was on the left side, it was severe, and to be sure, my heart was indeed racing. I did the best I could to meditate myself back into a serene state that might resurrect my arm and delay the onset of death for a while longer. Thankfully, it worked.

While watching The Big Bang Theory as a diversion during my daily exercise on the elliptical, my vision unexpectedly became distorted. What I saw is best described as pixelation, like what a TV news report would do to an interview subject’s face to hide their identity. This pixelation effect began with subtlety in the far left side of my left eye, then slowly intensified as it migrated from left to right and into both eyes, continuing to the right until it ultimately diminished to nothing in the far right side of my right eye’s field of vision.

I was scared silly, and was fairly certain I had an untreatable, incurable brain tumor. At minimum I expected to soon become blind …

During this event I was helpless. No amount of tightly closing and reopening my eyes, rubbing them, squinting, refocusing, looking hither and yon, or opening my eyes to their widest by straining my eyebrows into their highest possible wrinkled-forehead position—none of this seemed to affect the scenario in any way. I was scared silly, and was fairly certain I had an untreatable, incurable brain tumor. At minimum I expected to soon become blind, but more likely I expected this to become my cause of death. Ten minutes later I was fine.

After the above and many, many other twitching lip syndrome type of events, I have not yet died. I can say with some certainly that I will die one of these days, possibly from some new TLS event. I just don’t know which it will be or when it will occur.

When I was a kid I was invincible, invulnerable, and for all I knew, immortal. Now I am none of those. I have reached the age when many of life’s vicissitudes are of the TLS “death threat” variety. Paranoia? Probably, but as long as I don’t spend the time between my TLS episodes worrying about when the next will occur, I suppose all is as it should be at my age, and I can live my life well enough as such.

But I do wonder, am I the only one experiencing TLS?  Send me an email about your TLS episodes so I’ll know I’m not the only one afflicted. 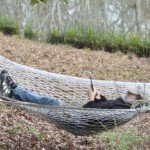 Retirement:
Ready or Not 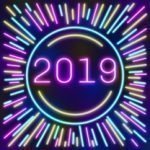 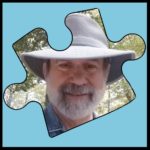 The Missing Piece
of the PSA Puzzle