Although there are many thousands of us, we proton patients are an extreme minority in the universe of all cancer patients. Even in the prostate cancer subset of that group, far fewer of us were treated with proton beam therapy (PBT) than other therapies.

How exactly did that happen? Why us? Why me? Why you? Are we in any fundamental way different than surgery patients, or IMRT patients, or brachytherapy patients, or patients of any other cancer therapy? What distinguishes us from them? I have found no discussion of this, yet it’s a question worth exploring.

After all, becoming a proton patient is no trivial achievement. It doesn’t happen by accident or by following the path of least resistance. It is a statistical improbability.

To gain insight, let’s consider a typical proton patient. For the sake of discussion, I’ll have to cobble together a composite while acknowledging that a given proton patient might not share all our “typical” patient’s qualities. Nevertheless, we’ll focus here on the fictitious Alex, a recent prostate cancer proton graduate. He’ll be a good example because most of his relevant qualities are found similarly in nearly all proton patients (or parents of patients)—male or female, any age, any cancer. 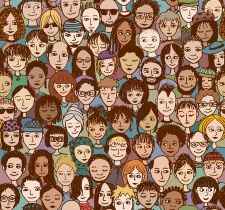 Alex might be from the good old USA, or from Canada, England, India, Japan … anywhere on the planet (even South Carolina). He could be black, white, yellow, red, or any color found in a box of 64 Crayola crayons (including my favorite, burnt sienna). Alex might be of any religious faith, or none. Any political persuasion, or none. Rich or poor. Tall, short, fat, skinny.

These are not the characteristics that matter.

What distinguishes Alex is that he has found his way to a road less traveled. He must go through an elusive and challenging process to reach the ultimate destination: becoming a patient at one of the growing number of fine proton facilities treating cancer patients in the United States and abroad. And it’s not easy.

So how did Alex become a proton patient?

The first and most critical step on the road to proton is that Alex somehow found out that proton beam therapy is an option. One way or another, he discovered what most people sadly still don’t know. He became one of the relatively few who are aware proton beam therapy exists, is available, and is different.

any veteran PBT patient would surely urge its consideration. We don’t regard it as a secret.

This is no small feat. Doctors often fail to mention proton, even when it might be the best choice. And while insurance companies may be proactive, meddlesome, and often presumptuous about managing our health, it’s a near certainty today that none will mention proton. But despite that, Alex somehow found out that not only does PBT exist, but it has been used to effectively treat cancer for decades.

So how did he hear about it?

Possibly from a friend or relative who was treated with proton. Past patients are not reticent, and upon hearing of Alex’s challenge, any veteran PBT patient would surely urge its consideration. We don’t regard it as a secret. We want to spread the word. 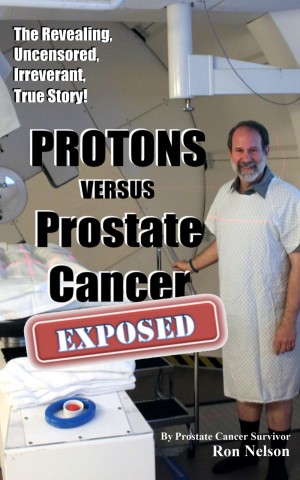 Alex might have discovered PBT during his general due-diligence research into treatment options—a task not tackled by all patients with equal zeal, if at all. In some cases Alex might have been inspired to do more targeted research by an advertisement for proton therapy—maybe even a roadside billboard. Yes, cancer treatment is a competitive business and advertising can provide new, useful information that can motivate inquisitive people like Alex.

Once proton was on his radar, a series of clicks on the Internet might have led him to a proton-related article or an informative book. With a little luck, any of those could be the eye-opening reference that opens the door to proton and spurs him on to investigate further.

Having met the first challenge of discovering the existence of proton therapy, Alex still needs sufficient interest and curiosity to dig deeper and learn what makes it unique. Isn’t proton just radiation? Many discussions of cancer therapy misleadingly include a reference to radiation as a single option—one line item. They provide no distinction between conventional photon (x-ray) radiation and proton radiotherapy. Often, there is no mention of proton at all. Radiation is radiation.

Many discussions of cancer therapy misleadingly include a reference to radiation as a single option—one line item. They provide no distinction …

It’s up to Alex to discover how the Bragg Peak phenomenon affects the behavior of a proton beam. It’s not hard to understand, but the information is not front and center. Once he grasps the indisputable fact that proton radiation does most of its damage at the target (i.e., the tumor) with minimal impact on nearby healthy tissue, Alex will easily grasp the significance. It is intuitively obvious to Alex that sparing healthy tissue means reduced risk of secondary cancers years later, and a smaller chance of nasty side effects in the near term.

The light bulb is lit. Alex gets it. 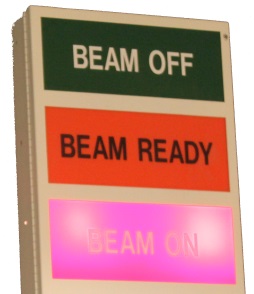 Having considered many options including active surveillance, surgery, conventional radiation, and now proton, it’s time to choose. If Alex now believes the unique benefits of PBT apply to him, it will be difficult to persuade him otherwise. After all, his belief is based on understanding—not on vested interests, biased opinions, media spin, hearsay, or dishonest hype.

And some will certainly try to dissuade him. Some—most notably insurance companies—will tell Alex that proton is experimental, not cost-effective, or not medically necessary. Others—most notably urologists—will say that surgery is the “gold standard” and a far more reliable choice. Still others—most notably competitors of proton—will claim that supportive data for PBT is lacking—or maybe even that it shows proton to be inferior to other options.

Faced with these forceful falsehoods, Alex must have the confidence and find the strength to pursue proton anyway. This is not an easy commitment …

Faced with these forceful falsehoods, Alex must have the confidence and find the strength to pursue proton anyway. This is not an easy commitment to make. Such an independent decision can be unpopular, especially with a doctor who advised otherwise. If one or more of Alex’s doctors were to abandon him—to fire him as a patient—it would not be the first time that’s happened to someone in his shoes. Sadly, this is not uncommon.

Despite what Alex now knows about the advantages of proton, it can feel risky to choose it. But it’s Alex’s prostate. Alex’s continence. Alex’s erectile function. Alex’s cancer. And Alex’s life. Regardless of how others may react or how hard they try to shake his commitment, he is not willing to delegate or abdicate the decision. He will decide for himself about how to treat his cancer, and he has chosen proton.

It’s done. Alex is committed. He will not be easily deterred.

It is increasingly easy to find facilities offering proton therapy, especially in the United States …

This is actually not much of a hurdle any more. It is increasingly easy to find facilities offering proton therapy, especially in the United States where new centers are opening regularly. Alex might even find a center close to home, eliminating the potential added hurdle of being away for a possibly extended treatment period. He can consider geographical location and patient reviews, along with the responsiveness of each facility and their experience treating his type of cancer.

In today’s world, Alex has the luxury of applying for treatment at more than one institute that might meet his needs. Eventually he will settle on a proton therapy institute that is a good fit for him. Then he will move full steam ahead to get it done. The sooner, the better.

Simultaneously with the cancer battle, Alex might have to fight an insurance battle. The initial request to cover his treatment might be denied. Multiple appeals and possibly legal action might follow. Alex will not surrender easily—not to the cancer, and not to the insurer.

But regardless, his commitment is strong and Alex will be hard-pressed to retreat to his second-choice therapy for financial reasons. He will take stock of his assets, and will consider every possible way to fund his treatment. He knows the financial battle might continue long after his cancer has been treated, but … whatever it takes. He’s committed.

You and I have encountered all five of these hurdles on the path to proton therapy. They’re unavoidable, and each must be overcome, one by one. What does it take to do that? What are the relevant qualities that enabled Alex to travel this road? 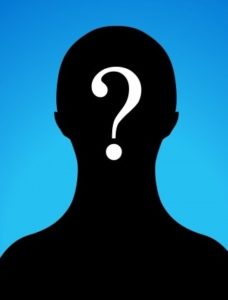 If you’re a past or present proton patient, you know Alex well. You see him every day in the mirror. In general, he’s smiling. Life is good, and as much as possible, he feels in control of his destiny.

If you are not an Alex, that’s fine. This article is not meant to cast aspersions on (for example) a man with prostate cancer who is most comfortable unquestionably following his doctor’s advice—even if he recommends a prostatectomy, which might indeed be the best plan for him. Placing faith in a trusted doctor is not uncommon, and not necessarily a bad thing. But as a group, we proton patients are likely to ask a lot of questions that might ultimately take us down a different path.

In fact, even decades later, we are still pioneers of a sort. Even though proton therapy has been used in the USA to treat prostate cancer for more than a quarter century, I still encounter raised eyebrows when I tell people what I did. I think it’s safe to say nobody raises an eyebrow and asks, “Surgery? What’s that?” Yet with proton there is still widespread ignorance.

But we found it, studied it, understood how it differs, committed to it, chose a place to do it, and found a way to pay for it.

We are proton patients.

Which hurdles were the highest for you? I’m genuinely interested, so please email me! 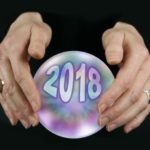 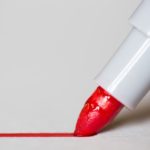 Drawing the Line: Too Much Information, or Not Enough? 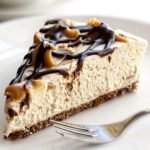 Prostate Cancer and
The Cheesecake Factory