People say that we cancer survivors are fighting a courageous battle. The see us as brave warriors—even heroes—in the midst of a war. I have always had trouble relating to that characterization. I never wanted to fight in this war, and I don’t feel brave or heroic. But now, seven years post-treatment, I’m beginning to agree: maybe we are warriors.

Of course, neither you nor I volunteered for this. We were forced onto a battlefield of cancer-related choices full of unwanted risks. But happily, here I sit, seven years post-treatment, feeling good and still in the game. In fact, “game” is closer to how I see this. From the beginning, it’s been a game of risk.

Remember the old Hasbro game in a box? As a child, Risk™ seemed too complicated, and I preferred the more mindless and stress-free Chutes and Ladders™. Today, Hasbro’s description of their classic game reminds me a little of the real-life one you and I are playing now. See if you agree:

To win, you must launch daring attacks, defend yourself on all fronts, and sweep across vast continents with boldness and cunning. But remember, the dangers, as well as the rewards, are high. Just when the world is within your grasp, your opponent might strike and take it all away!

The analogy isn’t perfect, but it’s not half bad. Attacks, defense, boldness, dangers, rewards … all parts of our life with cancer, and of the war we are waging so well. But the specific element I want to explore here—the essence of the game—is the name on the box: RISK.

Do you consider yourself to be a risk-taker? Do you thrive on the thrill of playing the odds, or do you shudder when a risky situation presents itself? I probably fall mostly into the latter group, although I’ve learned to manage my risk-aversion reasonably well.

Since my diagnosis in 2010 I have become much more consciously and acutely aware of the role risk plays in my life. Having spoken with many others whose lives have been touched by cancer, I know the same is true for them. Some handle it with relative ease, while others have a difficult time dealing with the new risks they must face.

Some handle it with relative ease, while others have a difficult time dealing with the new risks …

But face them we must, and we prostate cancer survivors confront each new risky decision head-on, like true warriors.

We all had plenty of pre-diagnosis preparation because life is full of risks. Driving a car is life-and-death risky. So is crossing the street. Eating a hot dog is a life-threatening choking hazard. To give us perspective, others may remind us of these when we feel an allegedly irrational fear. Afraid of flying? Someone is sure to point out that more people die in car accidents than plane crashes. Scared of snakes? Why? After all, you are nine times more likely to die from being struck by lightning than from a venomous snakebite. Feel better now? 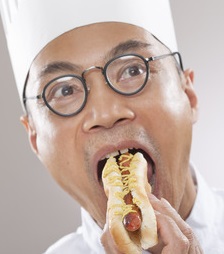 So why don’t people say we are fighting a courageous battle with hot dogs? Well, if we don’t like planes or snakes we can generally avoid or at least minimize our exposure to them, and we don’t have to eat hot dogs. But with a cancer diagnosis we have no choice and little control. It’s a war into which we’re conscripted, and it’s no hot dog.

There’s no way out. We’re in the game, fighting the fight, battle by risky battle.

That is the question, and it’s not without controversy. Inevitably, every man must answer it. Either we will, or we won’t obtain a PSA test and/or a DRE. No law requires us to have these (or other) tests that provide clues about prostate cancer. Likewise, no law prevents us from having them. It’s totally up to us, and it’s a critical decision.

To some of us, it seems obvious: have the tests, get the information, and respond accordingly. In reality, this has become a heated public debate, which can make it feel like risky business. There are prominent people who loudly discourage these tests, and others who adamantly promote them. The former warn that we’ll be panicked into having a biopsy we don’t need, followed by treatment we shouldn’t have. Others disagree, fearing we’ll miss a chance to catch cancer early and treat it more effectively.

To some of us, it seems obvious: have the tests, get the information, and respond accordingly. In reality, this has become a heated public debate …

It can be a tough decision, one we’ll have to revisit many times. Each time we opt out of these tests, we risk letting an asymptomatic early prostate cancer progress to a later stage, more challenging to treat. If we have the tests and they indicate the possibility of prostate cancer, we must face the next perilous fork on this risky road.

With iffy test results, what’s our battle strategy now? Do we explore further, periodically repeating PSAs and DREs? Maybe we should seek newer, more sophisticated testing. More commonly, we opt to have a biopsy. Those who discouraged testing in the first place are likely to warn us of the perils of biopsy. Those who value information will urge us to proceed. 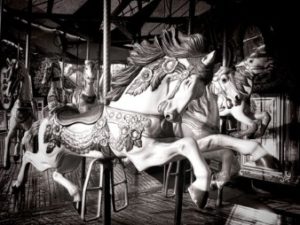 If the biopsy is negative, we can’t know if we have a tumor the biopsy missed. We’d have to loop back on the timeline and decide again whether to resume monitoring and testing. This could lead us back to the option of repeating the biopsy. It’s a nerve-racking merry-go-round ride.

However, a positive biopsy is definitive. It means we have cancer, and we must move closer to the front lines of this war.

With a positive biopsy, we’ll need a new strategy. We can postpone treatment and take our chances with active surveillance—a wise choice, according to many. In that case, it’s back on the merry-go-round of testing and biopsies to monitor our newly identified adversary’s aggressiveness and speed of progression. We bet on winning the race by outliving the onset of symptoms from the typically slow-growing prostate cancer.

Treat it or watch it—unavoidably risky business. This stuff takes nerves of steel.

If we find those odds to be too risky, we could decide to proactively treat our cancer—exactly what the anti-testing, anti-biopsy group fearfully warned. With this strategy, we bet that choosing the right treatment will stop the cancer without significant side effects.

Treat it or watch it—unavoidably risky business. This stuff takes nerves of steel.

So we waited, then tested, biopsied, and diagnosed our prostate cancer. If we decide to treat it—to launch a direct attack against the enemy—we must move to the front line of this war. Hopefully, it will be the final battle.

What will be our plan of attack? Of the many weapons in our arsenal, which shall we choose? Open surgery? Robotic surgery? IMRT? Proton beam therapy? Brachytherapy? SBRT? HIFU? Laser ablation? Cryosurgery? Hormones? Chemotherapy? Maybe we should consider even newer weapons, not yet fully tested, but potentially more powerful. 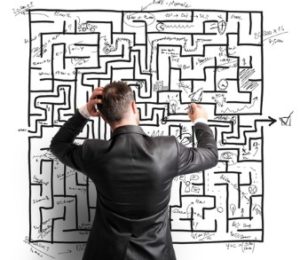 In choosing our plan of attack, we might also have to engage our insurance company in battle. This is a topic for another blog post. Suffice it to say here that insurance issues complicate what we’d rather be a purely medical and personal decision. It complicates an already messy maze of decisions.

Before, during, and after treatment, we men are all in this game—or war—together. When our treatment has been highly successful, we celebrate together. When it’s been less than perfect, we support each other. We are a brotherhood, and we understand the mutual risks we face and the battles we fight. We understand that our future is unknowable, and we have no guarantee of anything.

When our treatment has been highly successful, we celebrate together. When it’s been less than perfect, we support each other.

After treatment, we’ll likely be tested periodically to make sure we’re still okay. Most of us will be fine, and a thankfully small percentage will have new issues to face. Such is our life, and we will never be free of all the risks life hands us.

Well, we’ve made it this far. Can we handle the uncertainty of our future?

The biggest risk of all

Cancer, cars, snakes, or hot dogs—living this life can be perilous. But the biggest risk of all does not occur at the decision points of our battles. What matters most is not how well we did with our prior decision, or how wise we’ll be for the next one. The massively more important question is, what are we doing between decisions?

I know men with consistently excellent results after treatment, yet they are overwrought with daily anxiety about what might happen tomorrow. Their life between PSA tests is filled with dread. This is tragic, because those are the days, weeks, and months during which they could enjoy life. It’s what they are fighting for.

… life now exists between PSA tests. If we don’t find a way to live it, we’ll lose it.

At the other extreme, I know men who have had challenging issues, yet are highly focused on not squandering a precious minute. They have found a way to compartmentalize their cancer concerns, taking their enemy off the radar between tests or treatments. They focus on living each day to the fullest between tests, treatments, and decisions.

For most of us prostate cancer survivors, life now exists between PSA tests. If we don’t find a way to live it, we’ll lose it. We must remember and remind each other to use that time wisely, and not allow the gaps between tests to become filled with worry instead of wonder.

Cancer or otherwise, I’m curious: what’s the greatest risk you are facing today? Email me here. Thanks! 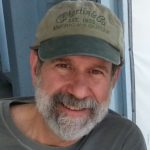 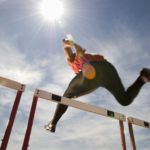 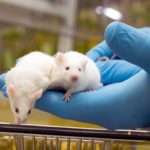