In the wild and wacky world (WWW) of diagnosing, discussing, and destroying (DDD) cancer, it’s easy to slide down the slippery slope (SSS) from focus to fuzziness (FFF) in our understanding of what the heck we’re actually even talking about. We have created our own lengthy lexicon of acronyms, buzzwords, and catch-phrases—our ABCs of cancer—but is this lingo really helpful?

If we were teenagers texting a well-placed LOL or OMG, then OK, no problem. But we are adults talking about cancer. We need to know and be able to explain the language we have crafted for ourselves. After all, we make life-changing decisions based on our understanding and—IMHO*—we could stand fewer acronyms, better buzzwords, and a lot more clarity.

If we were teenagers texting a well-placed LOL or OMG, then OK, no problem. But we are adults talking about cancer.

We face a serious yet subtle communication challenge due to the inescapably confusing language we’re stuck with. If we can acknowledge this, maybe then we can consciously avoid the trap of allowing catchy terminology to misguide us when considering our course of action or advising others on theirs, as we are often called upon to do.

Let’s first identify a few of the most common confusing culprits.

At the top of my list—the obvious starting place for this blog—is PBT. Most of you (readers of The After Proton Blog) know PBT stands for proton beam therapy—my treatment of choice in 2010 for prostate cancer, and still leading edge technology. But when cancer newbies seek our advice we must remember that to most of them PBT might just as likely signify a peanut butter and tomato sandwich. The vast majority neither knows what it stands for, how it differs from any other cancer therapy, or why it should be on their list. So we have to explain it.

… when cancer newbies seek our advice we must remember that to most of them PBT might just as likely signify a peanut butter and tomato sandwich.

“Well, PBT sounds interesting, but I’m seriously thinking about IMRT” might be a typical response to our suggestion to consider PBT. IMRT? My guess is that nine out of ten people making such statements are unlikely to know what even two of those four letters stand for. Even if they know all four—intensity modulated radiation therapy—which sounds (and is) pretty sophisticated, do they know what that really means, or precisely how it differs from PBT or IMPT?

What??? IMPT??? Surely that’s a typo. Surely the “P” is accidentally missing that extra little leg that would make it an “R”. Or maybe IMPT is an important way of delivering proton beam therapy that should actually be understood because it just might be relevant to the situation some patients face when considering the plethora of EBRT options. Oops. EBRT?

Let me pause for a minute to sort this out. We have IMPT, an innovative way of delivering proton radiation, easily remembered because “P” stands for proton. We have IMRT, which is a way of delivering conventional photon radiation, also easily remembered because “R” stands for … oh, never mind. Maybe I should simply choose IGRT—image guided radiation therapy—a perfectly fine therapy. No? IGRT is not a specific therapy? It’s a technique used in both photon and proton radiation? Forget it. I’ll go with EBRT (external beam radiation therapy). Huh? IMRT and IMPT and PBT are all forms of EBRT? I give up.

We’re just getting started here, and so far we have PBT, IMRT, IMPT, IGRT, and EBRT (sometimes known as XRT because only one surely cannot suffice). I have yet to mention SBRT, SART, PBS, 3DCRT, or VMAT. Also, beyond those radiation-related acronyms we can add HIFU, RP, ADT, CHEMO, CRYO … and let’s not forget CHICO, HARPO, ZEPPO, and GROUCHO.

Buzzwords of the day (BOD) 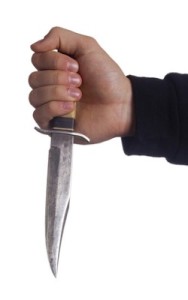 To be complete, we better include the high tech sounding buzzwords we frequently use. Take Cyberknife—neither a computer nor a cutting utensil, yet almost irresistibly compelling to consider by its very coolness. But what exactly is it? Surgery? Radiation? Proton? Photon? All we know for sure is that it’s definitely not a knife, so yeah, that’s helpful.

And then there’s CRYO, short for cryosurgery, which of course is … surgery? In reference to using it for treating liver cancer, cancer.gov says, “Cryosurgery may be used … especially if surgery is not possible …” So wait, it would seem then that cryosurgery is not surgery. Well, that’s a masterful choice of terminology.

We also hear a lot about PBS. Not the TV (i.e., television) network, but Pencil Beam Scanning. Those “in the know” will wonder and ask whether a given treatment facility has it yet because it sounds extremely precise and probably is, especially if the pencil is sharpened.

But what are we scanning with? Light beams? Sound waves? X-rays? Proton particles? If not via a precise pencil point, then what? Certainly nobody would ever expect to hit the target with paintbrush beam scanning, so what’s the alternative? Is PBS always best? Could there possibly be both pros and cons?

Just when we begin making a little progress navigating through the Republic of Cancer Abbrevia, along comes a new acronym to confuse us again. This time it’s HIFU, pronounced “HIGH-foo.” Sounds like a Chinese martial art, but no, it stands for high intensity focused ultrasound. How does this fit into the puzzle?

Is HIFU experimental? Apparently not, but PBT (proton), the media regularly tells us, is experimental, despite a quarter century of approved and increasing use in the United States. HIFU, they say, is not experimental, even though it was only just recently (2015) approved for prostate cancer treatment in this country. Are those media characterizations fair, balanced, accurate, or helpful? 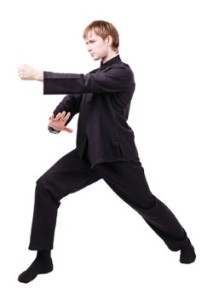 Speaking of HIFU, how exactly does it work? Does it use sound, as in ultrasound? Does it shout the cancer out? No, it uses heat to destroy the cancer. It burns it using the same basic technology we use to see unborn babies still in the womb. Well, that’s certainly reassuring and crystal clear.

But at least radiation is not confusing, right? Radiation is radiation. You can simply tell someone you had radiation and they’ll know exactly how you treated your cancer. You implanted radioactive seeds into your tumor to radiate from behind enemy lines. Or you used x-rays to blast tumors inside you with photons beamed from the outside. Or wait—maybe it was protons you beamed, not x-rays. Or that Cyberknife thing. Oh well, it doesn’t matter. It’s radiation, plain and simple.

We are apparently obsessed with shortening medical terms at every opportunity for the presumed benefits of brevity, despite the havoc it causes. Beyond those I already mentioned, we even use shortcuts to designate medical personnel. We can’t resist referring to our primary care physician—in the old days known simply as “my doctor”—as our PCP. 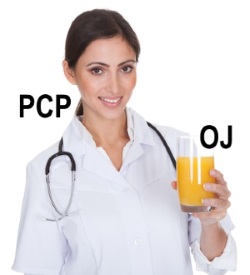 Then we have our NP (nurse practitioner), CM (case manager), and PA (physician’s assistant), some of whom may be RNs (registered nurses). And let’s not forget our many beloved RTs (radiation therapists).

I can understand using OBGYN instead of the horrendously long alternative. I don’t personally have an OBGYN, but I do have an ENT and I’ve taken note that saying “E-N-T” doesn’t even save a syllable as compared with the more explicit “ear-nose-throat.” So why bother? What do we gain by saying “OJ” and not “orange juice?” It’s an addiction (IAA).

When speaking, thinking, and writing cryptically, our apparent brilliance may actually be concealing our inadvertent ignorance.

The problem isn’t that we use acronyms, nor are catchy terms inherently bad. The problem is the unintended consequence of sidestepping the actual words they stand for, thereby also sidestepping the specific meaning of the missing words. When speaking, thinking, and writing cryptically, our apparent brilliance may actually be concealing our inadvertent ignorance.

Now, I realize you might be a cancer veteran who has already successfully sifted through much of this. You might therefore understandably think I’m exaggerating the degree to which others have sunk into this swamp. I wish I were, but after talking with so many cancer patients—especially newbies—I have repeatedly witnessed their confusion, oversimplification, and sometimes over-complication of the many diagnostic techniques and treatment options now available.

Of course, it’s not their fault. It’s the language of cancer that’s to blame.

… behind all those dazzling letters floating around in the cancersphere are words that have actual meaning of some importance.

Maybe we can gradually fix this, but for now we just have to deal with it. At least we should recognize it for the mess it is. Maybe then we can keep a clear head and remember that behind all those dazzling letters floating around in the cancersphere are words that have actual meaning of some importance.

If I’ve made any errors please email me so I can make corrections. I definitely don’t want to add to the cornucopia of cancer confusion (CCC)—LOL!

Here are links for a few acronyms in this post:

*IMHO (in my humble opinion) 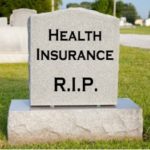 The Death of
Health Insurance 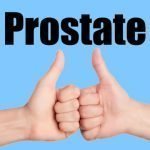 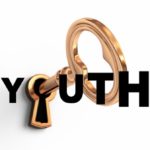