When I stumbled across a Yahoo News article entitled “Call for more investment to fix radiotherapy’s PR problem” I was certain they were talking about proton therapy because it is the form of radiation in dire need of better PR. As proton advocates know, bringing awareness of proton therapy to the public has been and continues to be a challenge.

Everyone has heard of radiation, but even after decades of successful use in the treatment of many types of cancer, relatively few people even know proton radiation exists, let alone that it is indeed a form of radiation. Even in articles about proton—including many good ones—it is generally referred to as “proton therapy,” not “proton radiation,” which is equally accurate and more descriptive. So a call to fix this PR problem was most welcome.

In a well-informed world, whenever radiation is offered as an option the patient would immediately respond by asking, “What kind of radiation? Seeds? X-Ray/Photon? Proton?” Likewise, if a patient were to tell their urologist or oncologist that they prefer radiation over some other form of treatment, the doctor would respond (as many, but not all do) by explaining the different flavors of radiation before automatically sending them to the nearest IMRT (i.e., photon, not proton) facility. Order a milkshake at Sonic and I guarantee they will ask you which flavor you want, rather than assuming you want traditional chocolate. Their OREO® Cheesecake Master Shake® might actually be better.

… traditional, conventional, regular, normal, “the usual” x-ray/photon radiation is assumed, as if it were the only kind of radiation.

Sadly, the “what flavor” of radiation conversation rarely takes place. Instead, the ubiquitous default flavor of traditional, conventional, regular, normal, “the usual” x-ray/photon radiation is assumed, as if it were the only kind of radiation. It is this automatic assumption that represents one of proton radiation’s biggest public relations problems. Even today, most people remain unaware that proton beam therapy falls within the broader heading of radiotherapy. So when radiation is mentioned, proton is not usually part of the conversation. Proton still requires special mention; photon—the default—does not.

But back to the Yahoo article. Intrigued by the article’s headline, I began reading and was stopped in my tracks at the second sentence: “A minority of people see radiotherapy as a cutting-edge treatment compared with targeted drugs or proton beam therapy, a survey by The Institute of Cancer Research (ICR) found.” What??? I re-read this several times, parsing every word carefully. Remarkably, it seems to be saying that photon radiation—not proton—is the underdog in need of a PR fix!

… proton therapy is a form of radiotherapy, along with photon.  … “Radiotherapy” is not synonymous with photon radiation.

The statement also implies that radiotherapy, drugs, and proton beam therapy are three different things, but how can they be? As I said, proton therapy is a form of radiotherapy, along with photon. “Radiotherapy” is not synonymous with photon radiation. Saying that radiation is inferior to proton radiation is like saying milkshakes are not as good as vanilla milkshakes. It makes no sense. But let’s set this aside and move on.

This astonishing sentence says a majority of people see targeted drugs and proton therapy as cutting-edge treatment compared with conventional photon radiation. Can this possibly be true? Has proton therapy finally won the PR battle? Have most people now not only heard of proton, but also view it as more cutting-edge than conventional radiation? Has Goliath now become David’s underdog?

I was intrigued by this surprising statement from The Institute of Cancer Research (ICR) and wanted to dig deeper. To verify it I checked the ICR website directly and found the original detailed article here.

Before I continue, let me be clear about my position. I am not a photon foe, nor am I a proton puppet. However, I enthusiastically advocate greater awareness of proton therapy as a unique and effective weapon against cancer. Sadly, with proton’s poor and often unfair media coverage throughout its decades of successful use, it has faced an uphill battle in public perception, especially as compared with “regular” radiation. So when it looks like proton has come out on top, I take note.

And I did indeed take note of the Yahoo article and the ICR statements. First, I noticed that the ICR is a research organization in London, so we are specifically talking about the UK, not the US or the world. Still, an apparent proton PR victory is of interest, even if it might be limited to England, so I forged ahead.

Jumping to the “Radiotherapy’s PR problem” section of the article, ICR says only a miniscule 12% of their survey respondents thought photon radiation should be prioritized for further research funding because it is perceived as “old-fashioned.” This is the flipside of the common coin where proton therapy is perceived as experimental. Neither is true, but perception matters, especially when policy and funding are influenced by it. But still … 12%?

Almost six out of ten see proton as cutting-edge, while less than one in ten view photon in that way!

A closer look at ICR’s survey numbers is even more revealing. From the same article: “Only 8 per cent of respondents from the general population considered radiotherapy to be cutting edge – compared with 50 per cent for targeted drugs, 43 per cent for immunotherapy and 58 per cent for proton beam therapy.” Incredible! Almost six out of ten see proton as cutting-edge, while less than one in ten view photon in that way! ICR chooses to characterize these results as “widespread misconception.” Well, maybe not.

ICR goes on to claim that patients are missing out on the newest techniques (again, photon) because they must travel more than 20 miles to a facility. Twenty miles? I don’t know anything about travel in the UK, but here in South Carolina my wife and I don’t hesitate to travel that distance for a good show (e.g., Tommy Emmanuel or Keb’ Mo’) at the Newberry Opera House—not a life and death situation, nor a difficult drive. Plus, many Americans have a longer commute to work every single day. How far is it reasonable to drive for life-saving cancer therapy each day for a few weeks? How far would you drive?

In their attempt to justify the need for more funding for photon therapy research, ICR makes additional claims to that end. They say it is the “shortest safe form of radiotherapy so far.” They call it “the unsung hero of cancer treatments.” ICR has an obvious agenda, and they are pulling out all the stops to make their case to the UK’s National Health System (NHS) that expansion of research and greater access to conventional radiation are needed.

Conventional radiation has a legitimate place in today’s arsenal of cancer treatments, and research should continue. The same can be said about proton radiation …

Well, maybe so. Conventional radiation has a legitimate place in today’s arsenal of cancer treatments, and research should continue. The same can be said about proton radiation, but that is not ICR’s agenda. They are clearly campaigning to fix what they see as a PR problem for old-fashioned x-rays. Reading between the lines, they seem to fear that greater interest and further investment in targeted drugs and cutting-edge proton therapy will rob limited funding that should rightfully be earmarked for photon radiation R&D.

At the end of the article, they provide a link to their official position statement on this matter. Keeping in mind that when they say “radiotherapy” they mean “photon/x-ray radiation,” the first paragraph in the policy summary makes their objective clear:

Patients are missing out on potentially life-saving treatments because of barriers to carrying out radiotherapy research and ensuring access on the NHS to the latest technologies. We need to do more to embed the latest advances in radiotherapy into routine healthcare by expanding patients’ access to the clinical trials that drive technological advances, and by improving training and infrastructure. Lack of coordination in radiotherapy services means many patients are either missing out or having to travel long distances to receive treatment or participate in clinical trials.

This nicely summarizes ICR’s reasoning to justify a need for increased funding for photon research rather than for proton or targeted drugs. Surely nobody wants patients to miss out on “potentially life-saving treatments.” But why buck the tide? What if the 12% in their survey are right? What if proton and targeted drugs do represent a more modern alternative to x-rays? Why not focus on that?

How did they do it?

I have no desire or right to influence what happens in the UK, but I do have to wonder: What if everything ICR claims is true? This would mean that citizens of the UK are generally aware of proton therapy, and by a ratio of six to one they think it is more cutting-edge than photon radiation. If this were true in the US, proton advocates would rejoice, regarding it as a dream come true and a PR victory. So I must ask, how did this happen in the UK?

Here, we are still struggling to get the word out about the existence and benefits of proton therapy, and we are having some, but not nearly enough success in that regard. We have more or less the opposite situation of what seems to be the case in the UK. Compared with photon radiation, proton radiation is still the extreme underdog of public perception. In many if not most cases, prostate cancer patients are given the choice of surgery or conventional radiation, with no mention of proton.

Why is the perception of proton therapy so different in the UK? How did they do it? What are we doing wrong? Maybe we should take ICR’s position statement, change “radiotherapy” to “proton therapy,” and send it out as a pro-proton press release, like this:

Patients are missing out on potentially life-saving treatments because of barriers to carrying out proton therapy research and ensuring access to the latest technologies. We need to do more to embed the latest advances in proton therapy into routine healthcare by expanding patients’ access to the clinical trials that drive technological advances, and by improving training and infrastructure. Lack of coordination in proton therapy services means many patients are either missing out or having to travel long distances to receive treatment or participate in clinical trials.

My initial interpretation of the Yahoo article’s headline was wrong, but ICR’s message was ironically encouraging. If 58% of people in the UK now see proton therapy as cutting-edge as compared with other modalities, then surely we can achieve similar awareness here.

So proton ambassadors, our work is cut out for us and success is demonstrably possible. We must continue to promote public awareness of the unique benefits of proton radiation therapy until at least 58% of our citizenry share our enthusiasm for this cutting-edge technology. Only then will patients here have greater access to what could be their best option for controlling their cancer while minimizing side effects.

Do you think proton has won the PR battle? Email me here.

The Proton Wizards
Behind the Curtain 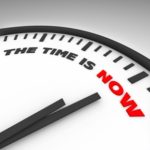 Mort, Max, Me, and the Math of Life 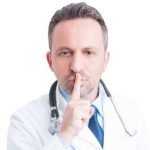